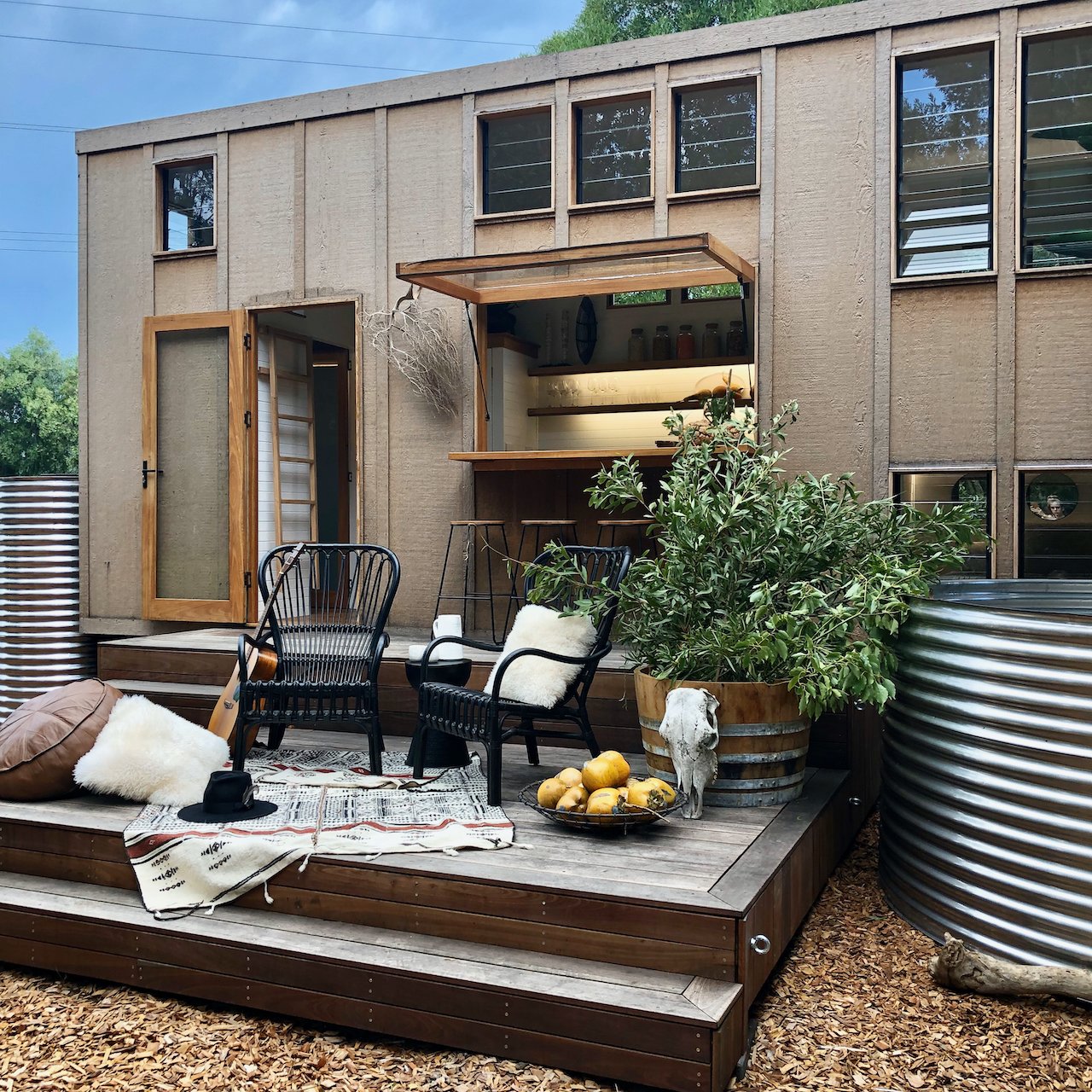 When Adam and Simone Bennett-Smith founded Little Byron, an Australian design-build firm with a focus on tiny homes, they were looking for a creative outlet. “We’ve a design and development company called Koho that specializes in affordable housing,” Adam says. “We work with government and NGOs, and it’s work that never really affords us the opportunity to explore more adventurous designs.”

Little Byron was named after the Bennett-Smiths’ hometown of Byron Bay. “It’s an iconic surfing town on the east coast of Australia,” Adam says. “It’s famous for its alternative lifestyle, so we thought local people might be keen on renting a tiny house. However, the interest has been overwhelming.”

Banjo, one of the Bennett-Smiths’ more recent designs, is a 180-square-foot home-on-wheels named after Banjo Paterson, a renowned Australian bush poet.

Originally, the couple had planned to situate the tiny home on their property and make it available to rent, but their plans changed once someone made an offer they couldn’t refuse. “The person who bought it is a lovely local woman, who we still keep in contact with,” Adam says. “She bought it after her husband passed away. I know she absolutely loves it, and I think it gave her a new beginning. That’s really rewarding for us.”

The home is sided with Weathertex, a composite wood board manufactured in Australia from hardwood chips. The Bennett-Smiths opted not to paint the exterior so it would patina and turn a silver tone that blends in with the landscape. On the interior, white tongue-and-groove pine walls contrast with flooring crafted from an Australian eucalyptus species called spotted gum.

The floor plan features two bedrooms, a kitchen-cum-dining area, a bath, a living area, and a sizable deck that extends from the front facade. The living area, adjacent to the kitchen, is located a half-level above the lower-level bedroom and is accessed via a small staircase. “Creating interesting changes in levels is a great way to make the space feel bigger,” Adam says.

In developing the design for Banjo, the Bennett-Smiths wanted to explore the idea of creating a tiny home suitable for a subtropical climate. “This part of Australia doesn’t get too cold in winter, but catching breezes in the summer is really important,” Adam says. “The reverse loft we created was a direct response to this. On a hot, humid night, it makes sense to sleep on a low level, where it’s cooler.”

The couple also employed numerous windows that wrap around the home, including a large one that pivots open and transforms the dining space to an indoor/outdoor bar area and ties the interior to the surroundings.