Norges paid $453 million for 44% ownership of 100 First St. and 303 Second St. It was an example of soaring San Francisco real estate values: Six years earlier, the office buildings had sold for a combined $429 million, but now Norges valued them at $1.15 billion.

But unlike typical sales, the properties’ tax bill did not rise in a similar way, because of the rules set by California’s Proposition 13. Under the initiative that voters approved in 1978, property taxes can rise no more than 2% each year unless more than half of ownership is sold or new construction occurs.

Those protections would be removed for commercial properties if voters pass Proposition 15 on the November ballot. The initiative would reassess commercial and industrial properties in California at least every three years instead of whenever they are sold. It would be the most sweeping change to the state’s property tax code in over four decades.

The measure could more than double the annual tax bill for the two Norges buildings, to a combined $12.4 million, based on the 2016 deal. Norges did not respond to a request for comment.

Statewide, the measure would increase property taxes by an estimated $8 billion to $12.5 billion annually, according to the nonpartisan state Legislative Analyst’s Office. Under Prop. 15, 60% of the new revenue would go to cities and counties, and the rest to school districts.

Owners with less than $3 million in total property would be exempt from the initiative — an attempt by its supporters to shield smaller owners from higher taxes. The ballot measure would not affect residential properties or agricultural land. It would begin to take effect in 2022 and be phased in over the next three years.

In San Francisco, a number of large office buildings leased by companies including Twitter, Uber and Facebook could see major tax increases, following previous ownership sales of less than 50% that, like the Norges deal, were not subject to tax increases. Buildings that have not been sold in decades could also see substantial tax increases to match the current market.

“Massive corporations — many of which are foreign and out-of-state — are robbing our communities of resources for teachers, personal protective equipment for nurses and equipment for firefighters on the front lines,” said Tyler Law, an adviser for the Prop. 15 campaign. “By avoiding their fair share, they have forced Californians to shoulder more of the burden. Prop. 15 closes property tax loopholes exploited by the richest corporations so that we can invest here in California while also giving small businesses a tax break.” 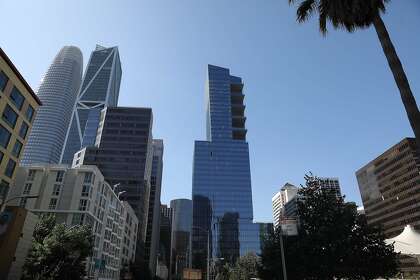 In the Bay Area, Prop. 15 would bring in an additional $733 million annually for San Francisco’s schools and government, $652 million for Alameda County and $770 million for San Mateo County, according to an analysis in February by the University of Southern California’s Dornsife Program for Environmental and Regional Equity.

Opponents, largely funded by business organizations, say the measure would result in property owners passing along the costs of higher tax bills to California’s small businesses — and ultimately, consumers — at a time when many are reeling from the pandemic-induced recession.

“Prop. 15 is the largest property tax increase in the history of California at precisely the worst time,” said Michael Bustamante, a spokesman for the No on 15 campaign. “There is literally not a sector of California’s economy that will not be impacted by this, and all consumers are going to pay for it.”

Some No on 15 ads say the measure’s proponents have said that “homeowners are next” to lose Prop. 13 protections. However, there is nothing in Prop. 15 that affects homeowners’ property tax rates.

Prop. 15 supporters say the money the initiative would raise is desperately needed because the pandemic forced California’s schools and local governments to slash their budgets. The California Teachers Association’s political action committee has contributed nearly $12 million for the measure, and the initiative is backed by other large public-employee unions. Supporters have raised a total of $42 million. 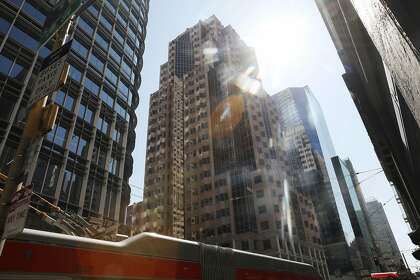 Prop. 15’s opponents say the pandemic is a terrible time to increase property taxes, even those paid mainly by larger businesses. California has the second-highest number of businesses per capita that have closed since the coronavirus began to spread, totaling roughly 39,000, according to Yelp data through August.

John Kilroy, CEO of Kilroy Realty Corp, which sold the 44% share of the two San Francisco office buildings to Norges in 2016, said Prop. 15 could push businesses out of California.

“It would punish everybody that owns real estate and every tenant that has to occupy real estate. It would be one of the most insidious taxes, particularly at a time of great economic uncertainty and recession,” Kilroy said at an industry conference last month.

Opponents, who have raised nearly $30 million, said the property tax increases would probably be passed along to tenants because of how leases are typically written. Tenants, particularly retailers, often sign triple net leases, where they must pay all real estate taxes, building insurance and maintenance.

Restaurants would be unable to raise prices enough to pay for higher rents, she said. Many have already laid off staff during the pandemic and exhausted federal coronavirus aid. Thomas said she has laid off 65 people and has lost money on outdoor dining at her two restaurants, Terzo and Rose’s Cafe.

Even though Prop. 15’s provisions wouldn’t take effect for two years, Thomas expects the economy to remain bleak. “This is just the absolute worst time,” she said.

Kevin Cronin, a real estate broker in San Francisco who works exclusively with tenants, said that in some older San Francisco buildings that haven’t been reassessed in years, an office tenant could pay between $3 to $10 more per square foot annually under Prop. 15 — adding thousands or tens of thousands of dollars in expenses. “That’s a big number for a small business,” he said. “Our clients are not Google and Facebook.”

Farmers also fear that while farmland would be exempt from Prop. 15, commercial buildings on that land could be taxed at higher rates. But according to the Legislative Analyst’s Office, most equipment, agricultural or otherwise, already is taxed at market value under current law.

Prop. 15 proponents say 92% of the new taxes will be paid by 10% of the commercial and industrial property owners, citing a study by Blue Sky Consulting, whose co-founder Tim Gage served as director of the California Department of Finance under former Gov. Gray Davis.

A study by Beacon Economics, commissioned by the Silicon Valley Community Foundation, said that “it seems unlikely that small-business owners would be hurt by Prop. 15.” Most rents are determined by local market factors, according to the report.

“If thousands of renters routinely had their rents increase each time properties were reassessed, evidence would be seen,” the report’s authors said. “Ultimately, this analysis shows that rents are determined by what the market is willing to pay.”

What is the Best Type of Roofing for Maryland Homes?

Should we overpay the mortgage and borrow money for house renovations? | Mortgages

What Is Business Management