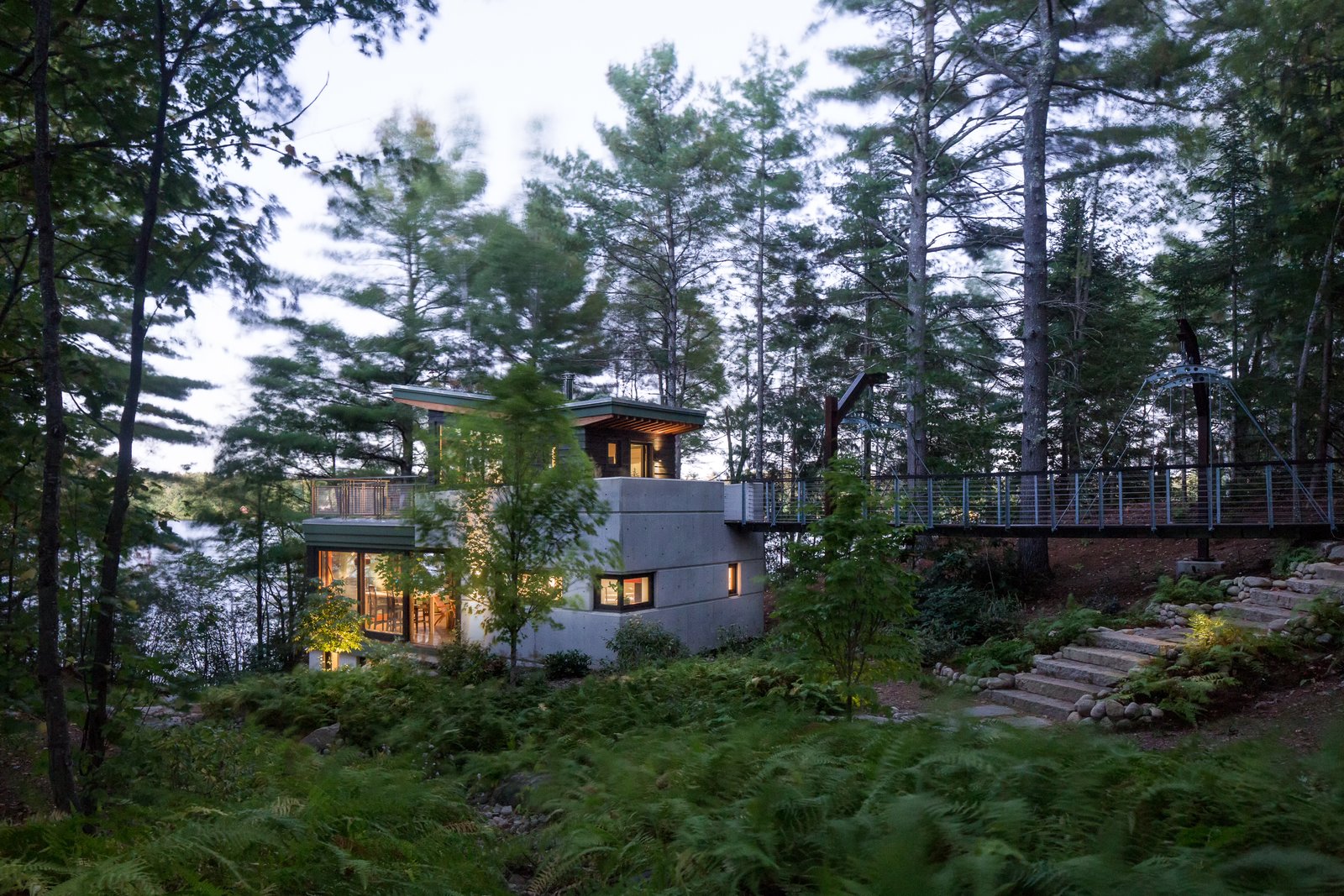 Engineer and designer Tom West was in the middle of a cross-country flight to compete in a professional car race in Florida when he felt struck with inspiration. “One of my most prolific design times is when I’m halfway through a flight,” he explains. “I woke up and started sketching the house I wanted to have someday.” Upon landing, Tom received some unexpected news: his home burned down.

Despite the tragic circumstances, Tom seized the opportunity to finally realize his dream home and began putting together a collection of sketches and inspirations. With his background in engineering and collaborative experiences making large-scale sculptures at Burning Man throughout the years, Tom quickly formed a working relationship with architect Eric Sokol, principal at Winkelman Architecture.

When the time came to start construction, Tom and Sokol shopped around for contractors—but as Tom explains, “I realized the only way I was going to be able to afford to do this was if I general contracted it myself.” Enlisting the work of his manufacturing company and fellow designer friends, Tom embarked on the task of building his home, Whipplewood.

One of the first things the team needed to deal with was the site itself; thanks to Maine’s strict waterfront building restrictions, the available construction space was a long, thin strip on a steep incline, dotted with hundred-year old trees. “In this day and age, we have the capability to take trees down, blow up ledges, move hillsides and everything to accommodate for us,” explains Sokol, “but in this case we wanted the house to accommodate the landscape, not the reverse.”

First came the foundation—a concrete pour Sokol calls “the most ambitious part of the whole build.” While foundations usually take a few weeks to build, exposed concrete compounded with sloping terrain caused the foundation to take all of four months—over a third of the entire build time.

Due to the limited space, plans took a vertical direction focused on maximizing square footage while minimizing the home’s footprint. Central to the vertical plan is the story-spanning wooden spiral staircase. “If we’d done a conventional staircase, it would have eaten up 20% of that area or something—too much,” explains Sokol. “By doing this small-diameter spiral staircase, we were able to maximize the usable area of the house.”

Made of salvaged antique pine, the spiral staircase is of Tom’s design. “I was trying to get a model where I could use the same identical piece over and over again,” he explains. Thanks to modeling software and the help of fellow “burner” Nick Fournier, the team was able to design, cut, and install the stairs over the course of about a month. The trick, explains Sokol, “was balancing the design elements—getting that spiral staircase to be interesting. It had to be nice to look at, because it’s central in every room, but also very comfortable, and easy to use to go up and down.”

Besides the staircase, the house’s other large-scale design feature is the suspended bridge entrance, which was designed and constructed by Tom. The idea stemmed from necessity—there’s no need to deal with an icy hillside if you avoid it altogether. “As you walk across it, you look toward the lake first, and then you turn back and get introduced to the house,” he says of the bridge’s curving lines.

The brunt of Tom and Sokol’s design choices have the future in mind, as Sokol explains: “The long-term vision for this house is that in 10 years…the landscape around the house will sort of encroach on it and soften the line between the house and the site, and the occupants and nature. That’s our goal.”