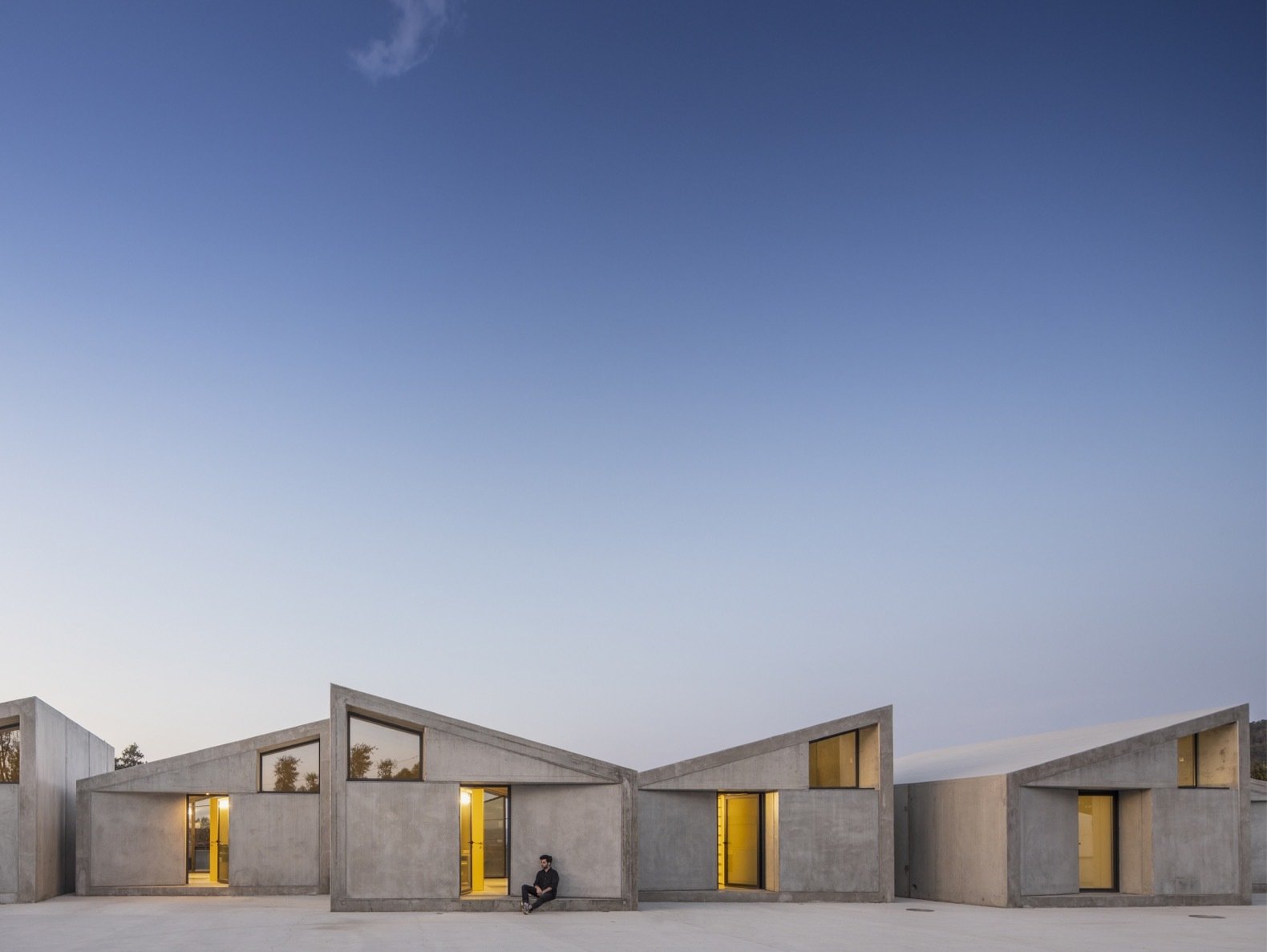 Shortly after Portuguese architect Samuel Gonçalves unveiled the Gomos System—a framework for building modular, concrete structures—at the Venice Architecture Biennale in 2016, he was asked to put his prefab system to the test in the foothills of Portugal’s Serra da Estrela mountains.

“The requirements for this project were boldly defined from the beginning,” says Gonçalves, founder of the Porto-based architecture firm SUMMARY. “The construction should be fast, cost-effective and changeable over time—which prompted the studio to use prefabricated elements, and to leave parts of the project undefined, assuming immediacy, flexibility, and resources optimization as core themes.”

The brief called for a mixed-use development with commercial and residential programs. Since the client was primarily focused on the project’s budget, adaptability, and a fast construction timeline, the building’s design was largely left in the hands of the architects, who were free to experiment with a sculptural form.

“The site is in a neighborhood composed of completely different architecture styles: a kitsch individual house, an anonymous collective housing building, some commercial and industrial facilities—you can find them all within a radius of 500 meters,” says Gonçalves. “In this sense, there are no traditional architectural references to follow or respect, and we had very few limitations in terms of form, volumetry, or materiality.”

As a result, Gonçalves let the Gomos System define the building’s design direction. To keep costs at a minimum, the precast concrete materials were left deliberately exposed without any additional cladding. As a result, all parts of the construction system are visible.

Taking advantage of the terrain’s slope, the architects split the mixed-use program into two floors. The public-facing commercial zone is located on the ground floor, and the residential units are placed above.

While the ground floor was built with simple, prefabricated slabs and structural panels, the first-floor units are all products of the Gomos System. Each individual 485-square-foot “cabin” comprises three-and-a-half modules joined together.

Topped with shed roofs, the six cabins create a sculptural crown for the building. The placement of each unit follows “a certain randomness using different alignments and directions to explore the volumetric surprises that result from this process,” says Gonçalves.

SUMMARY’s upcoming projects include a retreat with 11 cabins in the woods, a multiresidential apartment complex, and a nursing home—all of which incorporate modular and prefab construction.