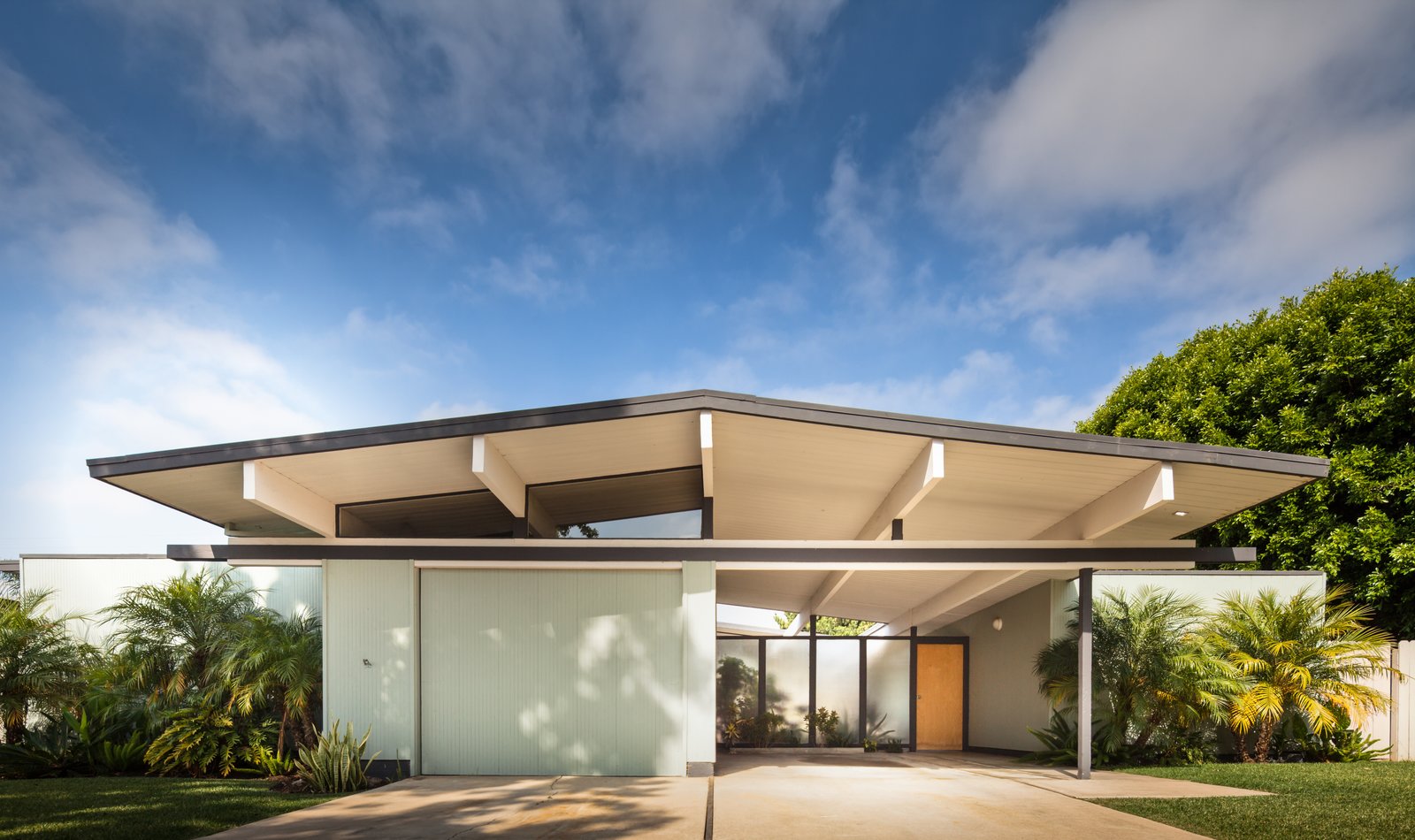 Joseph Eichler’s name is synonymous with the stylish, midcentury homes that his development company brought to the suburbs of California. His role in fighting for fair housing policies and integrated neighborhoods, however, is lesser known.

Born in 1900 in New York City to German Jewish immigrants, Eichler founded the eponymous Eichler Homes, which built more than 11,000 residences concentrated in Northern and Southern California. He worked with leading architects of the day—Anshen & Allen, Oakland & Associates, Jones & Emmons, A. Quincy Jones, and Raphael Soriano—to design the distinctive dwellings that are now simply known as Eichlers and still coveted today.

Eichler was not unfamiliar with housing discrimination; at the time, there were developers of suburban communities who refused to sell homes to the Jewish middle class. He believed, however, that if a buyer was qualified, there was no good reason not to sell them a home. “I really do think Joe may have been motivated by discrimination against Jews back in New York,” says Dave Weinstein, features editor at CA-Modern Magazine and the Eichler Network—and overall Eichler expert. “It was common not just in housing, but in society in general.”

Eichler’s son Ned, who worked alongside his father at Eichler Homes, was recorded as saying that the company began selling to Asian Americans as early as 1950 or ’51. The exact date is unclear as the Eichlers never kept statistics on the “racial characteristics of their clients.” However, in the early 1950s, selling to a Black family was a more controversial issue and could be potentially risky for a developer.

According to Ocean Howell, associate professor of history at the University of Oregon who wrote the paper The Merchant Crusaders: Eichler Homes and Fair Housing, 1949-1974, Eichler’s personal turning point was when he sold a home to Franklin “Frank” Williams. Williams was the lead counsel of the West Coast chapter of the NAACP, a personal acquaintance of Eichler—and also his first Black buyer. “Before that experience, Eichler held egalitarian ideals but was afraid of integrating a tract,” says Howell. “After this moment he began to put those ideals into practice. He began to risk his own position in the pursuit of those ideals.”

Eichler had been concerned about the effect this would have on his business, including financing from the Federal Housing Administration and Veterans Affairs. Selling a home to Williams invigorated the Eichlers and propelled them into greater activism in many different arenas. In addition to organizing California’s convention on housing issues and helping to write the state’s fair housing law, the Eichlers consulted with the federal Housing and Home Finance Agency and HUD, volunteering to be used as cased studies in promotional materials. They also testified before the U.S. Commission on Civil Rights.

“Collectively, all of these activities demonstrate that they were doing whatever they possibly could to fight discrimination in housing, and to demonstrate by example that integration would not bring the private housing market crashing down,” says Howell.

Darren Bradley is an architectural photographer and the man behind the popular Instagram account @modarchitecture. He has researched the developer and photographed numerous Eichler homes over the years and recently posted about the following event: In 1955, when the developer sold a home to a Black family in San Rafael’s Terra Linda development, some of the neighbors protested. Eichler responded angrily to their reaction and “went door-to-door personally to confront them and even offered to buy back their homes.” However, no one took Eichler up on his offer, and after the new family moved in, no one sold their homes. “Initially, it wasn’t really a concerted effort or a conscious thing; he just didn’t believe that there should be any sort of restrictions,” says Bradley. “He just became more militant about it as time went on.”

Later, Eichler Homes codified its policy to sell to any qualified homebuyer regardless of race, ethnicity, or religion. By 1964, the company had sold 30 to 40 houses to Black buyers, according to accounts from Eichler’s son Nate. This was an “open secret” in the industry; salespeople didn’t advertise the fact, but they didn’t hide it, either.

“I think they were happy to be activists in the policy arena, but they wanted to draw a sharp line between those activities and their development business,” says Howell. “It was a delicate balance they were trying to strike. They believed passionately in promoting civil rights, but saw that the best way to do that was to speak in different registers for different audiences. They could speak about justice to the Commission on Civil Rights, but in [the] very conservative business environment [of upper-middle-class, single-family housing], the best way to promote an egalitarian outcome was to quietly demonstrate that integrated housing worked just fine as a business.”

So why is it that for the most part, Eichler’s legacy of integration isn’t better known? Eichler homes are lauded for their indoor/outdoor atriums, expansive glazing, warm wood paneling, tongue-and-groove ceilings—an aesthetic that he popularized and brought to midcentury, suburban, middle-class housing. “Most books on Eichler don’t even really talk about it, which I always thought was shocking,” says Bradley. “They always focus on the build and the designs, and they sort of touch on the history, but they don’t talk about what a pioneer he was.”