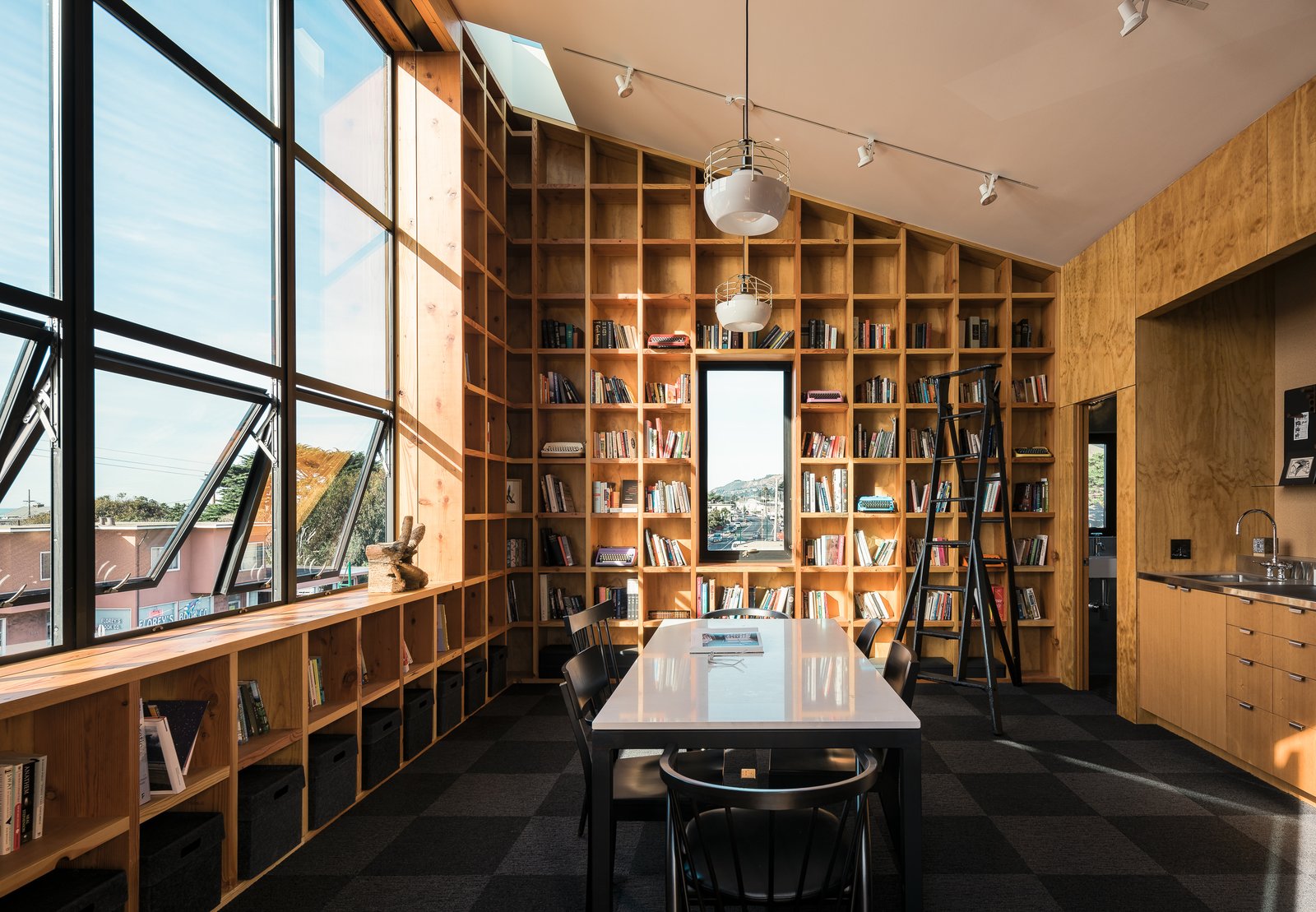 When Kevin Hale toured a Bay Area residence completed by architect Malcolm Davis, he was struck by its simple, clean finishes and natural light—it was just too bad that the home wasn’t the right size.

“That one didn’t work, but some time later he called me and said, ‘I found this home in Pacifica that might be interesting,’” Davis remembers. “It was just a mess. But it had good bones, and a great view.”

Davis grew up in San Francisco, and he describes Pacifica as an “un-flashy town” that never quite exploded in popularity despite its proximity to the city. “It’s so close, but people just don’t think of it,” he says. “It has its own microclimate, but there are many more gorgeous days than there used to be. When the fog does roll in, it’s almost a welcome relief.”

The property had been similarly overlooked through the years with a sun-bleached, wood shingle exterior and a layout that hadn’t been updated in ages. The sloped lot also concealed a separate, non-permitted studio, which had somehow evaded any corrective action until the house was put up for sale. “The property had a checkered history,” Davis says. “It wasn’t exactly a blank slate, but we could see potential.”

When Kevin and his wife, Kathy Gerlach, decided to buy the home and work with Davis on a renovation, there was a common understanding: It had to exemplify the beauty of thoughtful simplicity.

“It’s funny, because Kevin is a UX designer-turned-investor, so he has a very tech-driven, analytical background,” Davis says. “But he’s also very tactile, and appreciates things that don’t change if only because they make sense as they are. So what we made can be considered an analog home, given its very timeless details.”

Davis wanted to create a property that would fit in with its rather low-key surroundings, so it couldn’t be oversized or aggressively modern. It had to feel classic, but also needed to embrace life on the coast. “We were both drawn to the structure of a simple, gable-roof building,” Davis says, much like a Scandinavian seaside property. “It worked with the original home; we just had to play with it.”

Davis decided to preserve much of the original home’s layout. He and his team reframed the roof to provide much-needed insulation, as well as a few more inches of height. They also added an entryway and created a great room, installing a row of windows to designate a dining area between an open kitchen and cozy living space.

The original Douglas fir floors remained, but the exterior was re-sided and painted black. The idea of the studio stuck around, too, even if the existing structure had to be torn down. Davis and Kevin liked the thought of having a separate office—a clear separation between work and play—and so a new studio encased in Cor-Ten steel was built behind the home, connected by an outdoor deck.

“When we tore down the studio, we excavated underneath the home to tuck much of the private spaces into the hillside,” he says. “So underneath the studio is the garage, under the deck are two bedrooms, and then under the main living area is the master suite.”

“It feels like an unassuming beach house,” Davis says. “We added space, but we didn’t add mass to the street. It’s simple, but it’s also interesting to see how much you can do without impacting the whole neighborhood.”