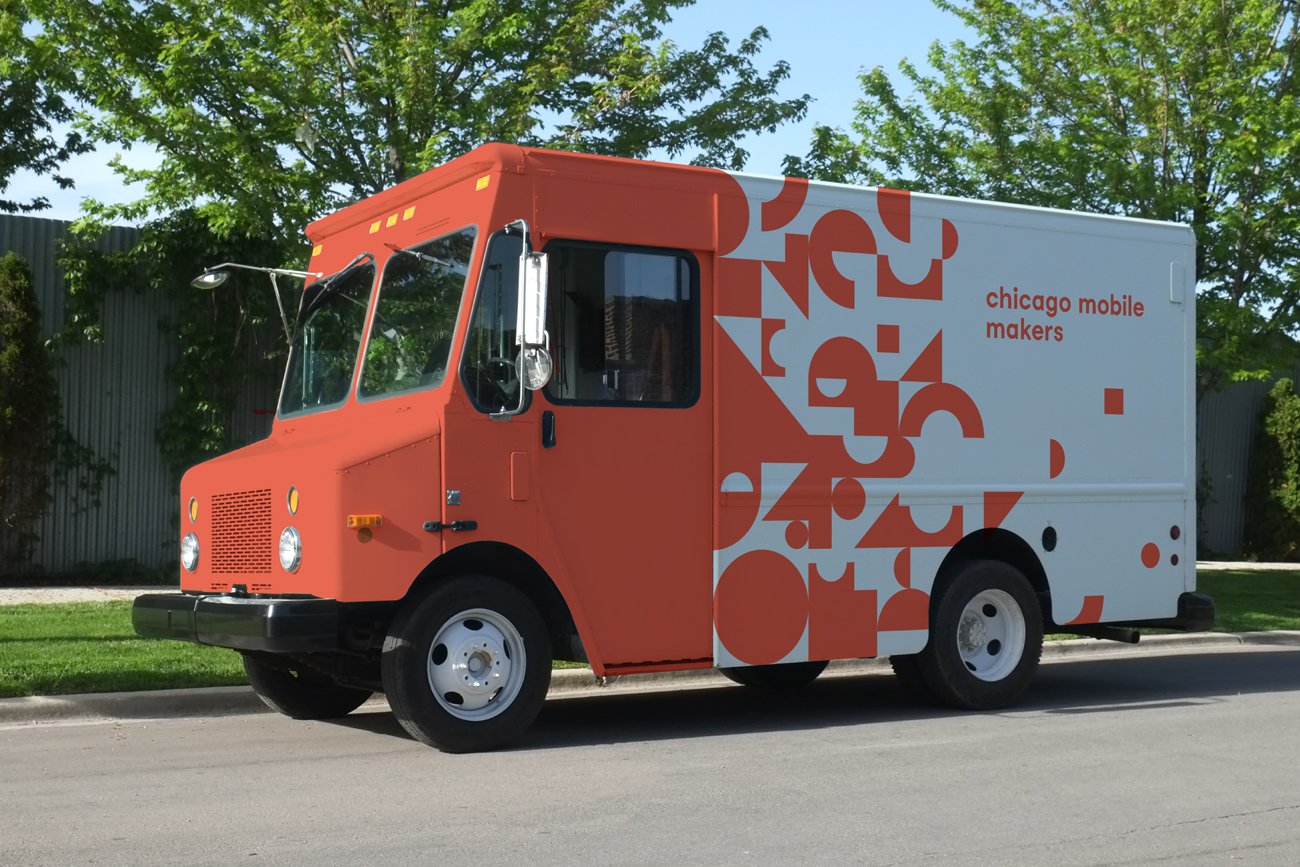 Since 2017, nonprofit organization Chicago Mobile Makers has offered free and low-cost design programming to young people, teaching architecture, fabrication, and construction in partnership with museums and local institutions. Now, that programming is being delivered straight to Chicago neighborhoods from the back of a cleverly redesigned USPS van.

Mobile Makerspace is a 108-square-foot classroom, gallery, tool shed, and design studio-on-wheels. Four rooftop solar panels provide ample renewable energy to power tools, laptops, and even larger machinery like a laser cutter and 3D printer. A hinged door at the van’s rear swings open for classes to spill out onto neighborhood sidewalks and streets.

“The idea is that we won’t need students to come to us, because that creates another barrier,” says architect and Chicago Mobile Makers founder Maya Bird-Murphy, who dreamed up the truck’s concept five years back while still a graduate student. “If we bring learning to them, it makes it very accessible.”

The repurposed USPS van, which took about a year’s time and $21,000 to complete, is its own lesson in good, sustainable design. An all-local team of builders and designers created interiors and custom cabinetry of birch plywood, while bench tools smartly fix to a pegboard. Soft seating invites learners inside, large windows provide ample light, and inlaid, solar-powered lighting illuminates projects atop built-in workspaces. A wind-powered ventilator whisks away toxins and dust.

A year ago, Bird-Murphy could not have planned for a global pandemic. With a launch planned for this summer, she had imagined rolling up ad hoc to street festivals or empty parking lots in addition to offering ongoing coursework from a cast of design experts. “Students could take 3D Printing 101, and then move on to more advanced lessons,” says Bird-Murphy.

Instead, this summer will see pop-ups around Chicago where the organization can hand out art kits for kids to complete on their own to reduce contact. They’re also thinking about a design-build program inspired by Girls Garage in Berkeley, California, where neighborhood kids in groups of 10 or so could jointly take a project—like a garden—from concept to reality. Safety, she says, is top of mind.

As Bird-Murphy and Mobile Makerspace adjust amid the ongoing threat of the virus, she continues to dream bigger. “The real goal later is to have a hub where a fleet is parked at night, which becomes a larger studio during the day to accommodate more people,” she says. “They could also serve different parts of the city at the same time.”