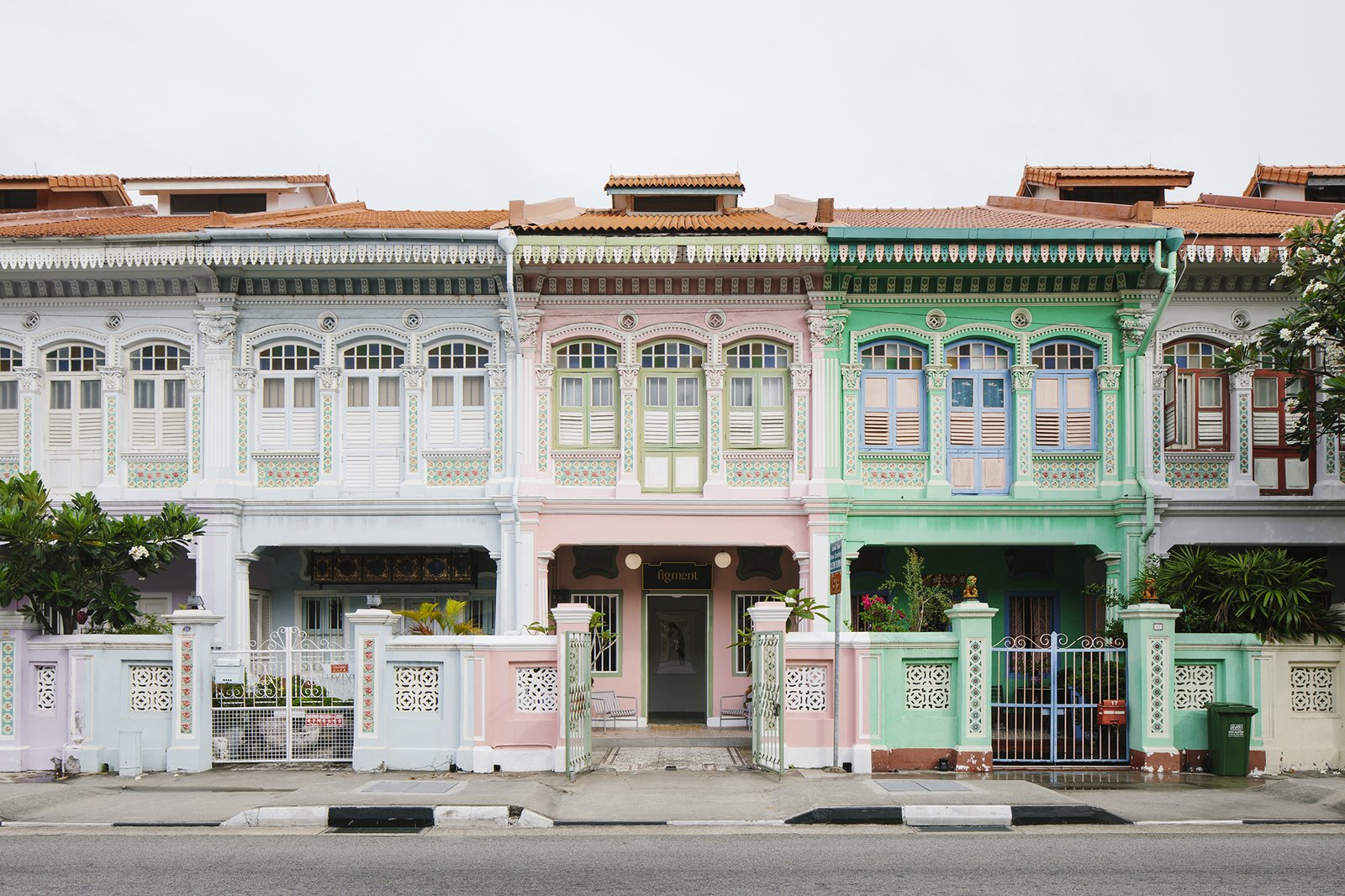 Singaporean co-living community Figment specializes in transforming shophouses into communal homes—a project with personal ties for founder Fang Low, who grew up in one of the row houses that were once ubiquitous in Singapore’s urban landscape. The city-state’s aggressive post-war development, however, demolished many of these buildings before conservation efforts started in the ’70s.

Approximately 6,500 shophouses are left, but they’re expensive to purchase or rent as a whole. Figment offers tenants the chance to experience them as an alternative to the co-living market’s sometimes cookie-cutter offerings. Following the Lorong24A Shophouse Series in 2014, Figment has commissioned a series of Case Study Homes inspired by the influential Case Study Houses of Los Angeles, built between 1945 and 1966.

Canvas House by Ministry of Design

Original built in the 1920s, this property in the Tanjong Pagar Blair Plain that once housed three generations of the Low family was boldly reimagined by designer Colin Seah of Ministry of Design. Named Canvas House, the whitewashed interiors form a literal blank slate for residents.

Unpainted circles on staircase treads and ornamental objects reveal “layers” of the past, and other shapes mimic “shadows” on bedroom floors.

“I thought it would be interesting itemizing these pockets of the past but covering everything else to neutralize it, to present it as a platform for something that is free from the heavy weight of time so as to allow something fresh for the future,” says Seah, who is excited about how tenants will add their own narratives.

Rattan accents pay tribute to the Balestier conservation area’s rattan manufacturing past. It’s used in a living room screen and the headboards of five suites, and a cluster of rattan-trimmed light fixtures floats above the custom-designed dining table.

Scene Shang’s modular Shang system side table is also suited to co-living habits. It can be dismantled into a stool, tray, or drawer system. The version in Shang House features rattan fronts.

New to the co-living model is this property’s retail aspect. If tenants become attached to a piece of furniture, scanning a QR code links to the product webpage for online orders.

On the eastern end of the island, Still House by Studio Juju has a pastel-pink exterior that hints at the multidisciplinary design studio’s brand of amiable functionality. Inside, colorful doors add a touch of playfulness, while sturdy, custom furniture evoke comfort and strength.

“We seek clarity and simplicity in design [that] touch on the human sensibilities and intuition,” says Timo Wong, who helms the studio with his wife and design partner, Priscilla Lui. “These can be physical or intangible attributes that we use as vocabulary to make users understand or be intrigued.”

Modular shelves allow flexible display options in each room, and low benches at the dining are also suitable for holding books or plants. Elongated furniture—such as a Magis Officina Bench outside one of the suites and the bone-shaped Bonos bench from Qeeboo—facilitate communal use.

“The future of co-living will only head the same way society evolves,” says Wong. “Therefore, on top of sharing economies of scale, it can cater to the aspirations of the people and continue to make living truly bearable by design.”