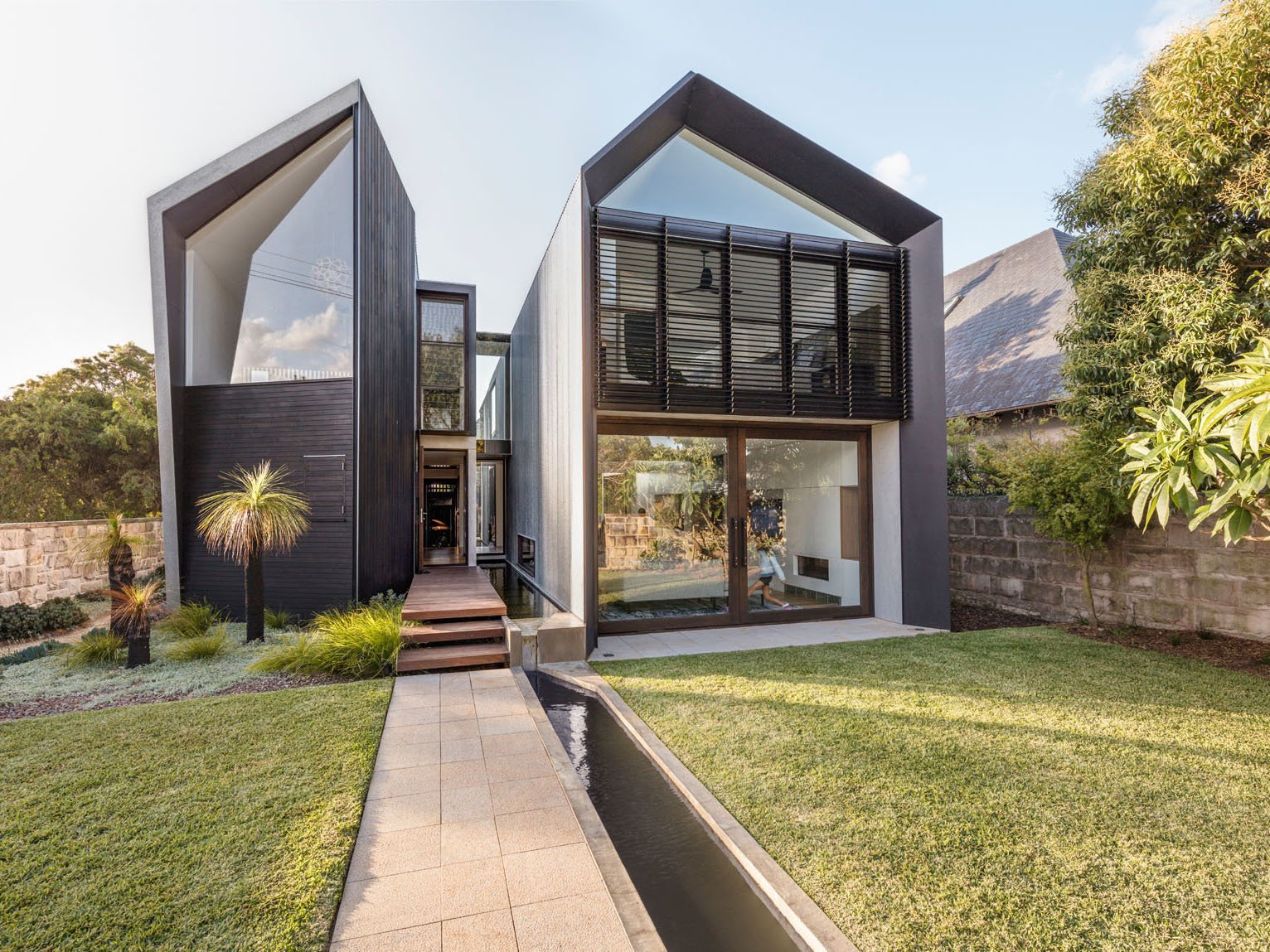 When architects at CplusC Architectural Workshop were approached about building a home in Longueville, a suburb of Sydney, with a strong connection between indoor and outdoor living, they didn’t shy away from the task. Instead, they created a space that borrows forms from nature and the area’s local architectural vernacular.

The Iron Maiden House, so named for the facade’s iron cladding, is unafraid to challenge the idea of a traditional home. According to the architects: “Conceptually, the privacy and beauty of a natural gorge, in which water cuts through rock to form secluded spaces, was replicated with overscaled walls to generate the final form. The simple shape was extruded lengthways along the site and sliced down the middle with a pond to form a central axis. Slender, cathedral-like spaces were formed around this central thoroughfare with ponds running parallel to walkways to link the spaces.”

To maximize privacy and streamline flow, the first floor of the home is protected by a large wall while on the inside, spaces blend into one another through the use of oversized glass doors. While the first floor looks inwards, the second floor looks outwards towards the Lane Cove River and Sydney’s Central Business District through oversized windows.