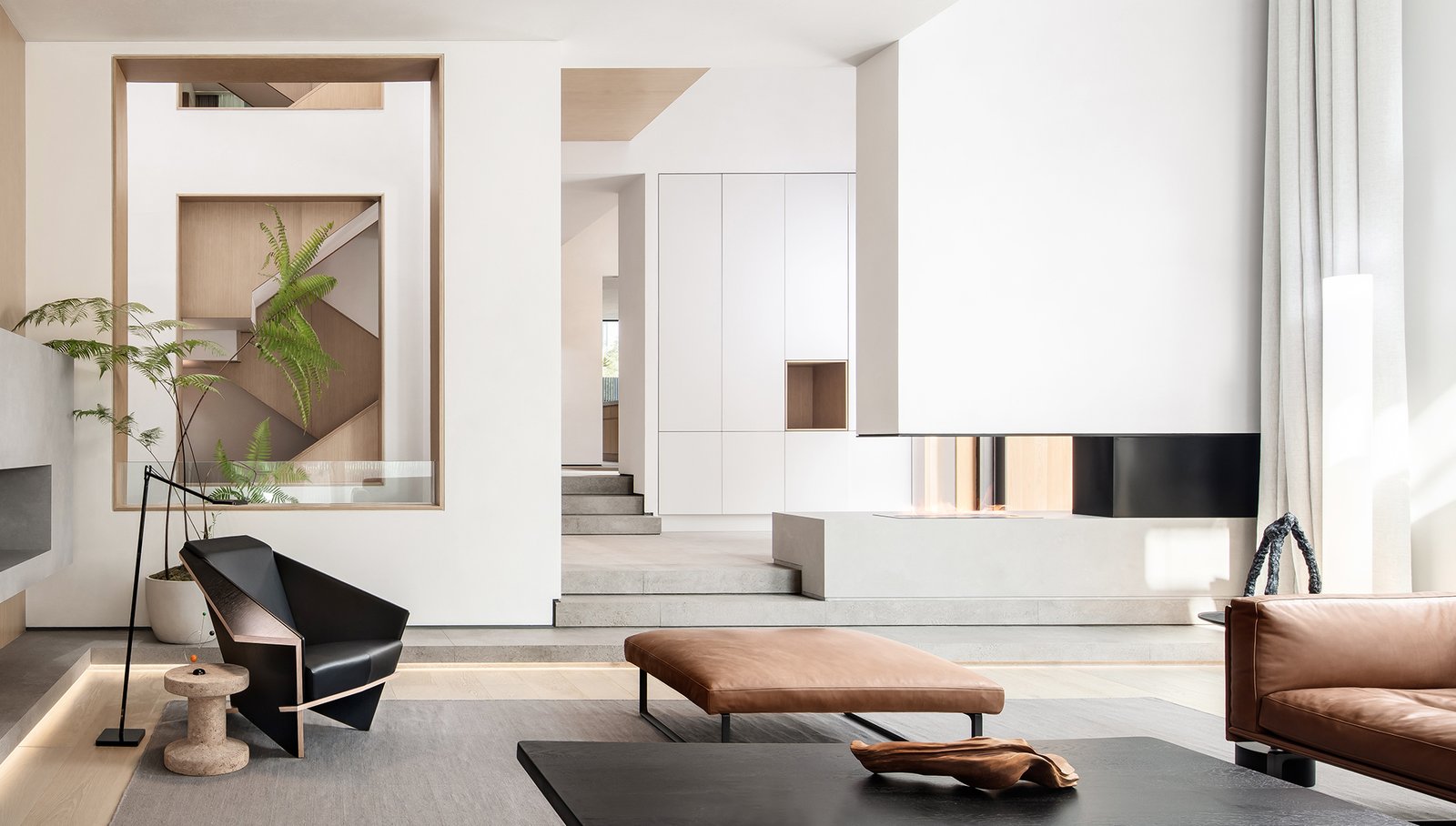 When Mr. Chow, an entrepreneur, bought this four-level home in Jinhua City in China’s Zhejiang Province, there was much to appreciate. For one, at 5,381 square feet, the residence was spacious and ready to be optimized.

“The house has a balcony for each room, with a large courtyard below and a large terrace above,” he says. “The only drawback before the renovation was its [lack of] sunlight.”

Chow turned to Liang Architecture Studio, whose work started in the foyer. There, they removed the second- and third-level floor slabs to create a voluminous open core at the center of the building. One side of that central core is now occupied by an atrium.

In the soaring expanse above the foyer, structural beams were kept in place as a reminder of the building’s history, and footbridges on the second and third levels connect the two sides of the building. The entire interior volume was topped with a perforated aluminum panel under a glass roof, which creates a play of natural light and shadow throughout the day.

The main floor of the home hosts the living spaces and a bedroom, while the second floor is dedicated to the children’s bedroom and bath, a second living room, and a study. The third floor is occupied by an expansive master suite, study/bedroom suite, and a terrace, and the basement is outfitted with a home theater, home gym, tearoom, and sunken courtyard at the base of the atrium.

Chow’s goals for the remodel were to create a more casual, convivial atmosphere for the family, whether they’re spending time together or apart. “The family has more chances to get along with each other. For example, to cook, to watch movies, to drink tea, and so on,” he says.

It’s hard to believe that prior to the renovation, there were only two areas of the building that admitted natural light. Now, says the firm, “the angles of sunlight vary throughout the day and year. Light freely moves within the space [and] generates dappled shadows, which interact with different areas and provide the occupants with surprising and playful experiences.”

The remodel has given the family a newfound appreciation for home. “We used to love to go outside, but now we prefer to stay at home and spend time gathering with my family and friends,” says Chow.