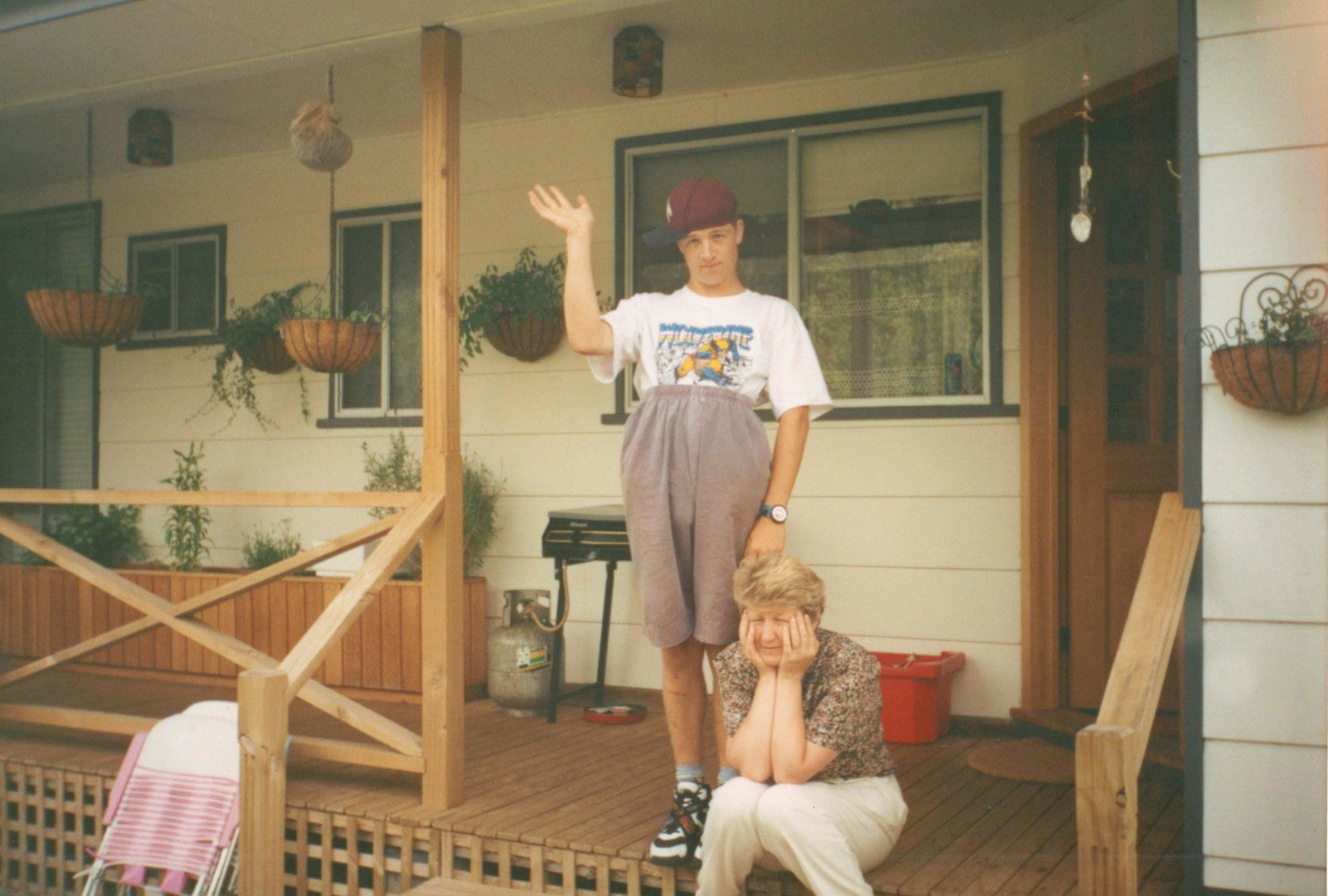 Mother knows best, as the saying goes, and it holds true for the designers and architects who shared their memories with us for Mother’s Day. From instilling an appreciation for craftsmanship to encouraging a rebellious streak, these designers’ mothers have had a profound impact on both their personal and professional outlooks. Here’s how motherly wisdom has translated into excellent design advice.

Be bold; be curious.

George Yabu recalls his mom’s fearlessness and moving to Canada from Japan. “This was in the 1930s—she grew up on a rice farm and took it upon herself to immigrate to Canada when she was 19. This was just not done in society back then,” he explains. Once in Canada, she learned her stepmother’s tailoring trade and assisted with the business. She took it upon herself to learn every aspect of Western fashions—going so far as to memorize the patterns for work. “She was always driven to learn how things worked and how to fix things through very clever, cost-effective means,” says George.

“She looked at things through industrial design and engineering principles, a trait she has transferred onto me,” George explains. As a result, he is always wondering about how things work and seeking solutions to challenges. “That is what design is all about—solving problems,” he says.

Glenn Pushelberg comes from a family of crafters. “My mom had to work when she was young, but in her spare time, she enjoyed copper tooling,” he says. Her mother, in turn, was a weaver. “I recall heading to her home which would be filled with looms, fabrics, and yarns,” he says. “She would have old boxes of clothing, the contents of which she would rip up to make these beautifully colored rag rugs.” Crafting for sheer pleasure and utility remains a large part of their family fabric to this day.

Nina Freudenberger says that her mom, an artist, was always careful with color, tending toward more neutral palettes—but with a bold accent. “For instance, my childhood living room carried mostly cream-colored furniture mixed with dark, antique furniture,” says Nina, “but then she would find a burnt orange and sienna pillow (one of her favorite shades) and make that the vibe for the room shine!”

Choose foundational pieces that you can design around.

“I watched her change the accents over the years while keeping the primary, investment pieces the same, which I highly recommend for all of my clients now,” says Nina. “It gives you much more flexibility and keeps foundational pieces timeless.” For instance, her mother went through an animal print phase, and later an Indian textile phase, which created a harmonious, layered warmth around anchoring pieces.

“My mom could effortlessly mix antiques she found and layer them with modern pieces,” says Nina, who warns that it is a lot harder than it looks. “It takes careful thought and confidence to do it right—it’s one of the many things I admire about my mother.”

“As a child, we lived in a modest 1950s home that had a very bold, all-red kitchen, and my bedroom had thick navy and white diagonal stripes splashed across all walls,” says Mardi Doherty. These bold moves taught Mardi to think of design as an extension of personality. “I learned to cherish my individuality, reject conformity, and be proud of thinking differently from others.”

Keep a sense of humor.

Being able to mentally reframe a situation has helped Mardi immensely. “It’s one of the greatest lessons I’ve learned from my mom—nothing is ever as bad as it seems,” she says. “In fact, her saying is, ‘When the going gets tough, the tough go shopping,’ which always makes me smile!” She adds that her mother is very pragmatic, and that “she doesn’t think anything is worth stressing too much about,” which Doherty applies to her personal and professional life.

“She taught me that it’s okay to let a great opportunity go if it doesn’t make you happy,” says Mardi. “This has been applied many times in my business.”

Live thoughtfully on the land.

Making frequent trips from his hometown in Northern Indiana to visit his grandparents in Frankfort, Kentucky—agricultural, horse-and-bourbon country—helped Greg Faulkner appreciate the relationship between people and nature. “In contrast to the intensely built, suburban environment of my hometown, the opportunistic and expedient way in which people inhabited farmhouses that were set upon open rolling hills, valleys, and verdant forestry did not go unnoticed,” he says. “This was thanks to my mom, who gave me an appreciation for this natural landscape.”

Greg’s mother was a multi-hyphenate woman with numerous ongoing projects that included sewing dresses for herself and her daughters, tending to their home vegetable garden, oil painting, and keeping a clean and disciplined home environment. He adds that on the surface, it may not appear like these were architectural lessons, but “they are lessons about achieving a disciplined, ordered, and project-driven life.” From his mother’s example, Greg learned that any project—personal or professional—necessitates “a consistent determination within a daily, iterative process that allows a constant return to the task with a fresh perspective.” Overall, he says that engaging in such projects adds richness and realness to our lives, yielding “tangible results and effects that give us the satisfaction of accomplishing useful work, like the making of a good house.”

“Mom always let me be weird, which was perfect preparation for a life in design,” Andrew Maynard says. The permission to be creative and think outside the box has resulted in projects with climbing walls, slides, nets, and secret rooms.

During his childhood in rural Tasmania’s mountainous landscape, Andrew’s mother helped cultivate an appreciation for the landscape, encouraging him “to consider it as an extension of our living space.”

Andrew’s mother encouraged him and his siblings to build a skill they enjoyed—crafting, knitting, sewing, painting, building. “She pushed me to draw, which has been fundamentally important to my development as an architect, and a skill I feel should be picked up as early as possible,” he says.

One of the most important things Andrew learned from his mother was the value of empathy: “It allows you to keep your ego in check and respond directly to client and community needs.” Many of the delightful features he incorporates into homes are rooted in misunderstood subcultures. “Skateboarding, raves, anime, and street art—all of which I loved—were considered almost criminal activities by some, and a waste of time by most,” he says.

Support the work of tradespeople.

“My mom was a general contractor and self-performed all of the work for her residential design-build projects,” says Bonnie Bridges. “Demo, concrete, framing, mechanical, electrical, plumbing, cabinets, tile, paint, roofing—she did it all.” Bridges has since cultivated a deep respect for the skilled carpenters, general contractors, and tradespeople who bring a designer’s vision to life. “I often say that, after design, my role is to support the contractor as much as possible and be the resource they need to make their (hard) job easier.”

“I was inspired by my mom to focus on holistic, systems-based design thinking,” says Bonnie. Her mother taught her about the importance of emphasizing function and considering about all the systems that go into designing a space—from water and electricity, to gas and drainage.

Related Reading: The Best Bouquets to Buy for Mother’s Day